Recently, our class took a trip to the local museum. We visited the shoes exhibit first. This exibit  had over 600 shoes. There are 7 different types of shoes. One thing I noticed was that the newer the shoe the wider they got. In the 1800’s the shoes had buttons that you required a special hook to put it on. During World War 2, They started using reptile skin because the leather was needed in the war efforts.The most expensive shoes were Jimmy Choo shoes, which cost (originally) 1,195. There were shoes of all shapes,sizes, and colours.

The next exhibit we saw was the William O. Douglas area. Here are 7  facts that I learned there.

1. He was a judge in the Supreme Court.

2.He was remembered for his civil rights movements.

3.For high school he went to Yakima High, now known as Davis.

4.He was the longest standing Supreme Court judge as of still now.

5.He was a Supreme Court judge for 36 years.

6. In 1966 he was named honorary lifetime member by a Native American Tribe.

7.There is a statue of him at Davis High School, which is in our city. 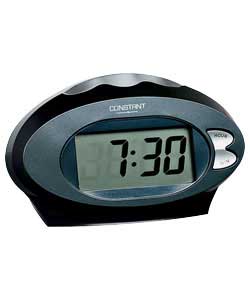 This book’s genre is action/adventure/fantasy. It was written by the famous Rick Riordan, the author of the best selling series, Percy Jackson.This is first book in a new series, The Heroes of Olympus. The book is about three young heroes Piper daughter of Aphrodite, Leo son of Hephaestus, and Jason son of Jupiter*. I am currently done with the book. I would recommend it to all Percy Jackson lovers. The plot is about  Piper,Leo, and Jason, going on a Quest to try to rescue the Queen of the gods! Old forces return as well as friends in this perilous and awesome adventure. My favorite quote in the book is,”Exactly,Jason agreed.”Percy Jackson is at the other camp, and he probably doesn’t even remember who he is.” Oh yeah and Percy Jackson is missing.

Warning- this book review may include spoilers for both Eragon and Eldest.

This book is adventure/action. The author is Christopher Paolini. I am currently done with the book. The plot  is about Eragon and Saphira recovering after meeting Murtagh and Thorn. It starts with them at the Varden’s camp,then they go to attack the ra`zac with Roran. Eventually Eragon leaves Saphira and the Varden to go to Tronjheim to help elect a new leader. after Saphira comes and the dwarves crown the king they set out for  Du Weldwenvarden and Ellesme`ra. After they complete their training Eragon finally gets a riders sword*. Then at the end they attack a city with the Varden and somebody [that’s important] dies (  he was with the elves at the time).

My favorite quote in the book was“We can do this, he thought. Galbaarorix isn’t invulnerable. He has a weakness and we can use that weakness against him…We can do this.”

Ialso liked the next quote,”We can and we must ,said Saphira.”

I really liked how well Christopher described the battles with such detail. I’d also like to ad that the beginning and middle can be a little boring but make sure to read it all not just half. I Would recemend  this book to only those who have read Eragon and Eldest through and through. I hope you  enjoy.

What am I? Can you guess? I am delicious and cold. I’m also green.I taste like a type of crop. I have little chocolatte pieces in me.Have you guessed what I am? If you haven’t I’ll give you one more hint< there it is. 🙂

Welcome to your brand new blog!

This is a sidebar and can be changed in Widgets in your dashboard.

You can also modify number of sidebars in theme options!